What Is the Setting of Tropical Climates?

A-TYPE CLIMATES in the Koppen climatic classification system are “tropical,” having consistently warm temperatures all year. Precipitation in these zones is primarily caused by the convergence of the trade winds along the Intertropical Convergence Zone (ITCZ), which shifts with the season to locations north and south of the equator. There are three types of A climates in the Koppen system — Tropical Rain Forest, Tropical Monsoon, and Tropical Savanna.

Where Are the Various Types of Tropical Climates?

These globes show the distribution of each of the three types of Group A (tropical) climates. All three globes show all three types, but each type is discussed separately below the globes. Note that all three climate types are centered in the tropics, but they widen or narrow considerably from ocean to ocean and from continent to continent.

The Tropical Rain Forest climate (Af ) is characterized by abundant precipitation year-round, which supports lush vegetation. Notice that over land, this type is surprisingly limited in extent, but it is more widespread over the oceans. 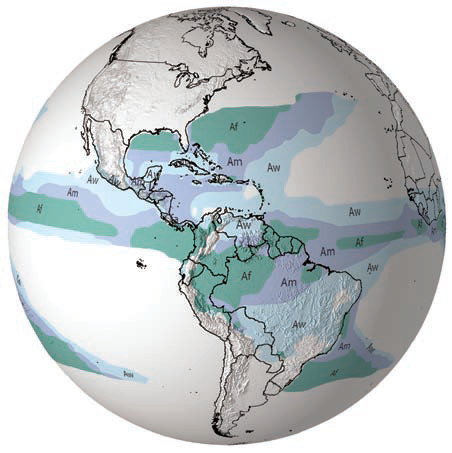 The Tropical Monsoon (Am) climate tends to occur between Af and Aw climates, as in parts of the western Pacific and Indian oceans that have wet and dry seasons, typically due to a seasonal switch in the dominant wind direction. The short dry seasons seldom allow soils to dry fully, and so they support lush forests. 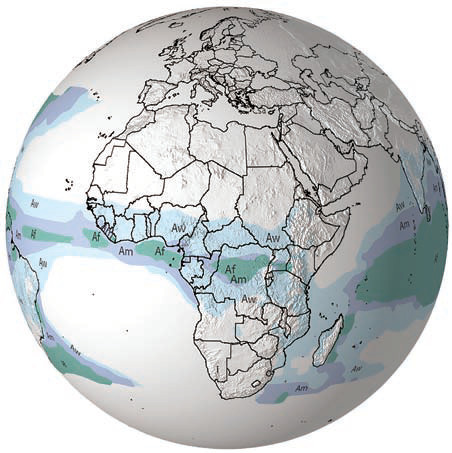 The Tropical Savanna (Aw) climate is named for its typical vegetation of grasslands and a few scattered trees. It occurs poleward of the other A-type climates and is therefore subject to the alternating influences of the subtropical highs and the ITCZ. Temperatures vary throughout the year somewhat more than in Am and Af climates. 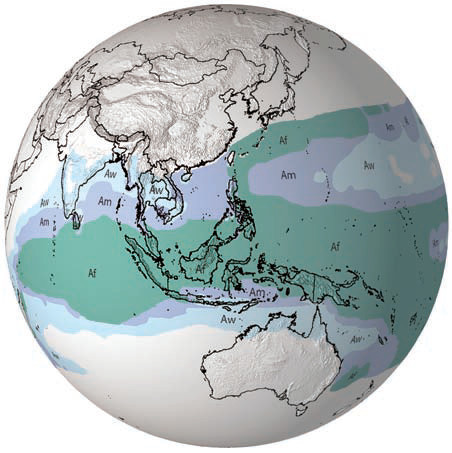 Why Are Temperatures Consistent Throughout the Year in A-Type Climates?

A-type climates share a trait that we commonly associate with the word tropical — warm and relatively consistent temperatures throughout the year, a direct consequence of the way the Sun interacts with our tilted planet.

This setting causes the areas between the tropics to be heated with similar intensity throughout the year, unlike the seasonal variations that occur beyond the tropics. Also, the nearly overhead position of the Sun means the lengths of day and night vary little seasonally. Locations near the equator experience approximately 12 hours of sunlight throughout the year, but not all areas in limate Group A do because they extend away from the equator.

How Does Precipitation Differ Between the Three Types of Tropical Climates?

In a Tropical Rain Forest (Af ) climate, precipitation exceeds losses through evaporation and transpiration in most months of the year. In addition to the lush vegetation, streams carry large volumes of water from the Af climates. 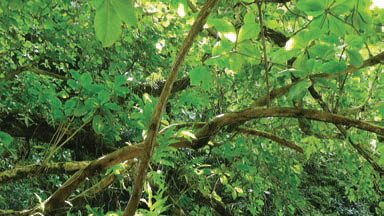 For most months in a Tropical Monsoon (Am) climate, precipitation exceeds the needs of vegetation. The excess precipitation stored in the soil during these months allows rain forests to survive a few relatively dry months. Vegetation becomes slightly shorter and sparser in this zone compared to Af. 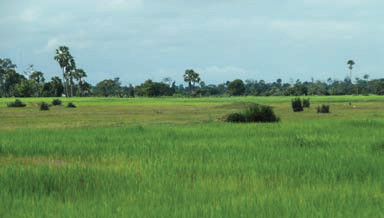 The Tropical Savanna climate is also known as a Tropical Wet-Dry climate because about half of the months receive abundant precipitation and the other half are very dry. The dry season is too long to support forests because the soil moisture becomes depleted during that time. Instead, the vegetation is grassland with scattered short, wide trees, such as acacia trees. 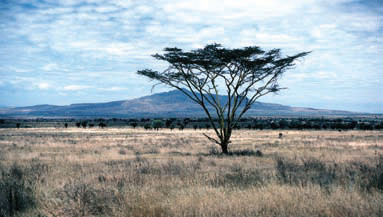 Trees become shorter and more widely spaced from climate Af to Am to Aw, from left to right in this figure.

Effects of the ITCZ

In an Af climate, the ITCZ brings rain most days throughout the year, although rainfall can be heavier in some months than others. Af climates remain under the influence of the ITCZ, even as it migrates north and south with the seasons.

For an Am climate, the ITCZ is a factor in most months, especially during the summer when it is typically overhead or very close. During a few low-Sun-season months, the ITCZ moves too far away to generate much precipitation.

In an Aw climate, the migrating ITCZ brings abundant summer rain. The low-Sun-season is dry and warm as these areas come under the influence of the subtropical highs.

Group A climates are all tropical, so there is very little seasonality in temperature. Precipitation patterns do vary among the three types, displaying some seasonality. Af climates are closest to the equator and so display the least variation in precipitation over the course of a year, whereas Aw climates are farthest away from the equator and so experience the greatest seasonal changes. Am climates are typically in between in position and character. The plots below are climographs, each showing temperature as a line graph and amounts of precipitation as a bar graph. Observe the patterns and compare them with the information above about the ITCZ.