What Climates and Weather Would Occur Here?

PLANET S is a hypothetical replica of Earth. It has plate tectonics, oceans, and an atmosphere very similar to Earth’s. You will map the climatic zones on this planet, identifying cold and warm ocean currents, prevailing winds, potential locations of rain forests and deserts, places where the climate and topographic setting would be suitable for agriculture, and sites at risk for hurricanes.

Follow the steps below, entering your answers for each step in the appropriate place on the worksheet or online. 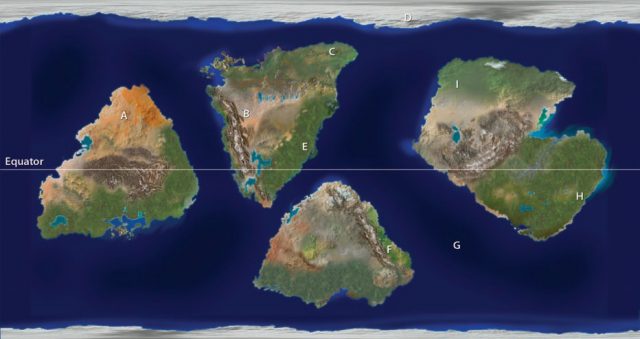 Some Important Observations About the Planet 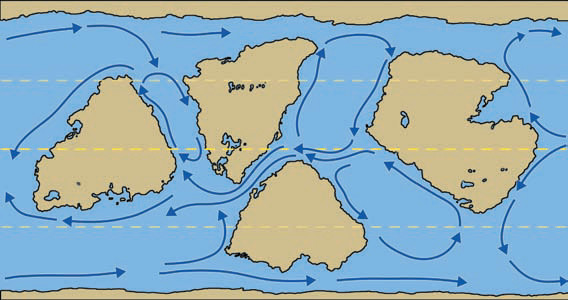 This map shows the directions of ocean surface currents. From these data, identify which currents are probably cold, warm, or neither. Water temperatures will be key in inferring probable climates. 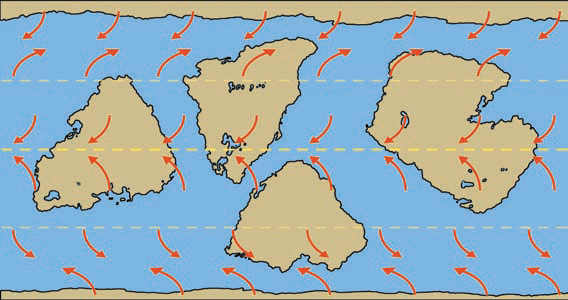 These data show the directions of prevailing surface winds, which are similar to the patterns on Earth. Different wind directions occupy bands encircling the planet, parallel to the equator.

This map depicts satellite data for sea-surface temperatures (SST) during late summer. The numbers give the temperature values in degrees Celsius (°C). 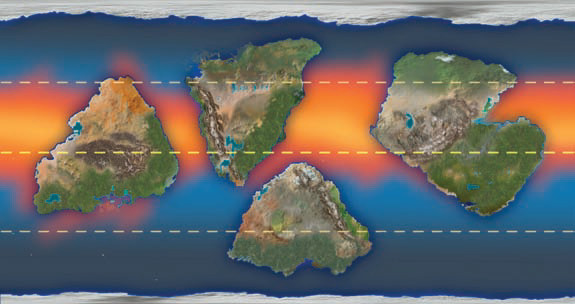 On the version of this map on the worksheet, show the probable locations of the following features by writing the associated letters on the map: rain forests (R), deserts (D), potential agricultural areas (A), and lands at highest risk for hurricanes (H). You can use colored pencils to shade in the extent of land associated with each letter. Your instructor may also have you assign likely Koppen climate types to different sites or regions. Complete this step on the worksheet. 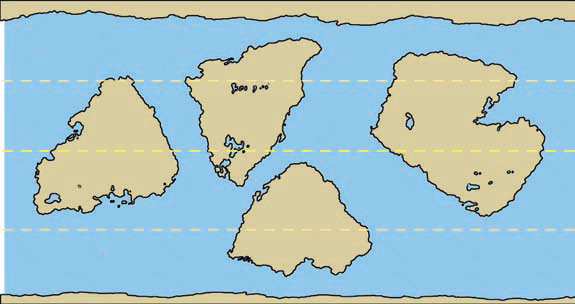