How Do We Evaluate Water Balances?

THE CONCEPT OF A WATER BALANCE is critical in understanding our world and concerns a broad range of topics, from evaluating the health of an ecosystem to gauging the sustainability of a city. Just as an accountant monitors the amount and flow of money in financial transactions, water balance is an accounting of the amount of water in each store and its rate of movement through the hydrologic cycle. The climatic water balance allows us to estimate water supplies and flows. Computer models based on some simple equations are used to assist us in calculating the climatic water balance at a local place.

How Can the Gain or Loss of Water at the Surface Be Estimated?

To determine the water balance, we need to know how much is entering the system (the input) and how much is lost from the system (the output). On the previous two pages, we did this at a global scale, determining how continents were gaining water through precipitation and losing an equal amount through evaporation and runoff — they were in balance. Equally important is determining the water balance at regional and local scales, but first we need to know the inputs and outputs.

1. Water is gained at the surface by precipitation (P) or by runoff entering the area, bringing in water that originated as precipitation from someplace else. Relatively simple instruments are usually used to measure P (in cm or inches), including a standard rain gauge. Various factors cause measurements of P to be smaller than reality, including the effects of turbulence, water evaporating from inside the tube, and water drops that cling to the sides of the gauge and so are not measured. 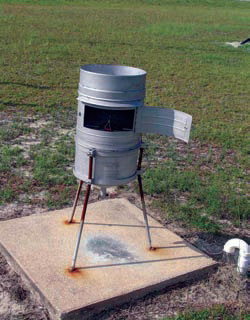 2. When precipitation falls as snow, we can measure it with (1) a vertical rod marked with distances above the ground, (2) electronic height-measuring sensors, or (3) devices called snow pillows, which typically are several-meter-wide antifreeze-filled plastic sacks that measure the weight of snowpack and translate it into centimeters of water. 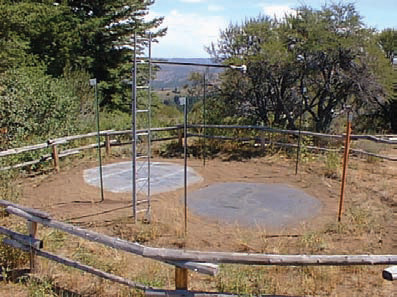 3. More sophisticated tools, such as automated precipitation stations in the Automated Surface Observing System (ASOS), can measure and record P instantaneously. Radar is used to derive fast estimates of P, using a network of facilities. The resulting maps typically show highest rainfall amounts in orange and red. Satellites are also increasingly being used to measure P, especially in remote areas of the world. 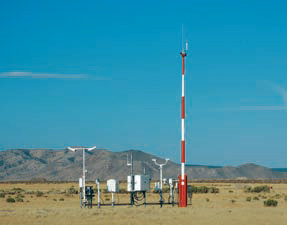 4. There is a vast network of varied of weather stations across the U.S. and the more populated areas in the world.

5. Water is lost from the surface to the atmosphere through direct evaporation or through transpiration — evaporation of water that has moved from a plant’s roots, up through the stem, and out from a leaf’s surface. Physical geographers usually don’t distinguish between evaporated and transpired water, but instead combine the two as evapotranspiration. The theoretical maximum possible amount of water that can be evapotranspired from a wet surface, in centimeters or inches of precipitation over a given time period, is known as the potential evapotranspiration (PE). If P exceeds PE at a place for a certain period of time, there is “extra” water. This globe shows average annual potential evapotranspiration values across the Americas. 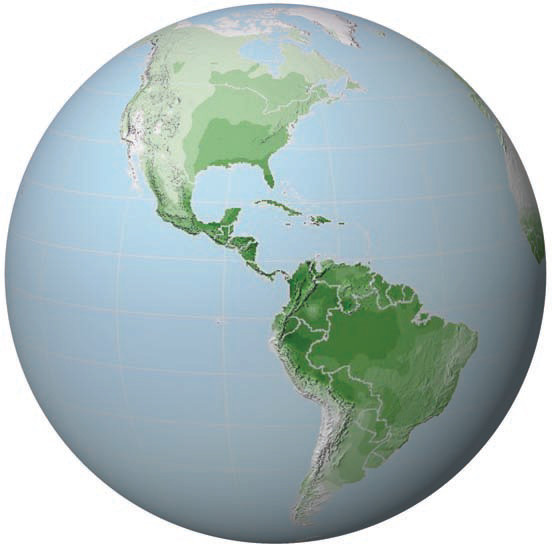 6. PE is estimated based on latitude and temperature. Latitude is important because it determines Sun angle (solar intensity) and length of daylight hours. Temperature is important because warmer air provides more energy to drive the evapotranspiration process. For more precise applications, other variables, such as humidity (drier air allows more PE), wind speed (faster winds cause more PE), and insolation are also used to estimate PE. But reliable measurements of these variables are only available at a few weather stations, so these factors are often absent from computer models.

What Is the Influence of the Ratio of Precipitation to Potential Evapotranspiration?

When an area receives more precipitation (P) than it can lose through potential evapotranspiration (PE), the excess water must go somewhere. In contrast, there are many areas where PE routinely exceeds the amount of precipitation (P) and these are classified as arid and are commonly deserts.

1. When rain falls on the surface or snow melts, the resulting surface water can go several places. It can evaporate directly back into the air, as would be common in an area with a high PE. Or, it could instead be taken up by plants, commonly through the roots, to later be released back into the air during transpiration.

2. The water could also accumulate in the soil. After the soil becomes saturated, any extra water is called surplus and begins flowing downhill as surface runoff in streams and in less constrained sheets of water flowing across the surface (sheetflow). The running water can leave the area, carrying the surplus water away, or can accumulate locally in lakes and wetlands. Such standing water can later evaporate back into the atmosphere.

3. Water that soaks into the soil is called soil-water recharge. This water exists in the part of the subsurface where much of the pore space is filled with air rather than water — the unsaturated zone. Soil water can be pulled back up to the surface by roots or by capillary action, or it can continue deeper into the subsurface until it eventually enters a zone where water fills nearly all the pore spaces and fractures — the saturated zone — becoming groundwater. This is where most water occurs in the subsurface. The top of the saturated zone is the water table, shown as a dashed red line. As with groundwater, the “excess” water can flow away.

4. During periods when PE exceeds P, in addition to evaporating the precipitated water directly, the atmosphere will evapotranspire water that is stored in soil in an attempt to meet its demand for water PE). This is called soil-water use. Soil can only hold a certain amount of water against gravity, termed its field capacity. A typical field capacity is about 15 cm (6 in) of equivalent precipitation. During times when PE exceeds P, the water stored in soil can be drawn down so much that the only soil water remaining strongly adheres to rock particles because of surface tension. Plants cannot easily get to this water, so this last amount of storage in the soil is termed the wilting point. Like many other water-related measurements, wilting point is measured in centimeters or inches of precipitation. Once soil water reaches the wilting point, any further unmet demand for water — the part of PE that is not provided by P or by soil-water use — is called deficit. 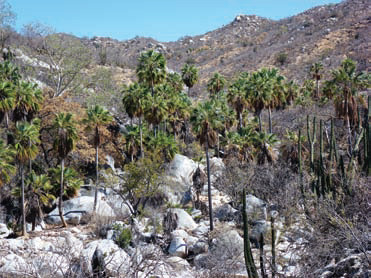 What Are Some Applications of the Climatic Water Balance?

1. Weekly, the U.S. Climate Prediction Center runs a climatic water-balance program at hundreds of weather stations, using the most recent measurements of P and calculations of PE. The model calculates surplus or deficit for each station. The calculated values are then compared to normal surplus or deficits for that station and that time of year, and the results are mapped as the Palmer Drought Index. Drought occurs when deficit exceeds “normal” deficit for that location at that time of year. 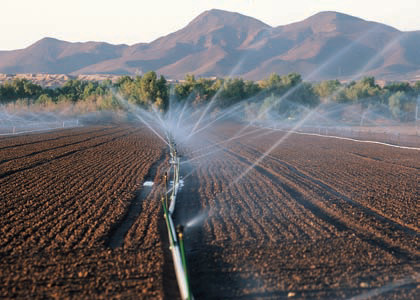 2. Places that are having a larger deficit than normal at that time of year for that location are considered to be in drought. In such places, forest fires may be a problem and planners may limit water use. Irrigation tries to supply enough water to keep agricultural soils above the wilting point, but this becomes more difficult and expensive during a drought. 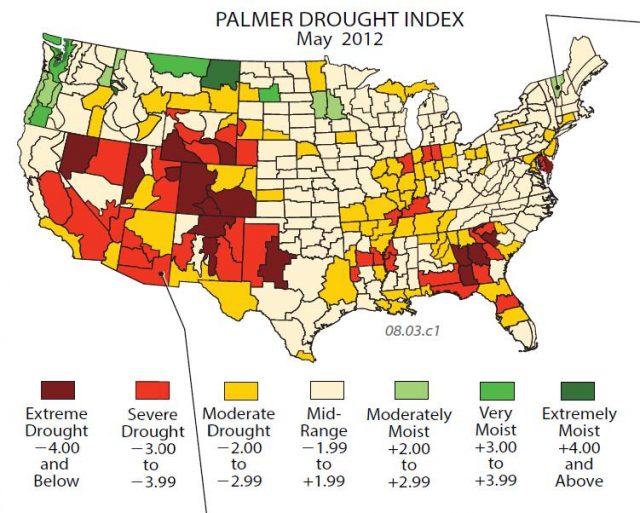 3. Places with abundant surplus may have other issues. Flooding may be a problem, and navigation on major rivers can be hazardous in such conditions. In extreme conditions, pressure on dams and levees can create major concerns. Places without large deficits or surpluses compared to “normal” are least likely to experience environmental stresses.