WATER IS ARGUABLY THE MOST IMPORTANT RESOURCE provided by Earth — all life on Earth needs water to live and thrive. We are most familiar with surface water, water that occurs in streams, lakes, and oceans. Yet, the amount of fresh water in these settings is much less than the amount of fresh water that is frozen in ice and snow or that occurs in the subsurface as groundwater. This chapter is about surface water and groundwater and the important ways in which they interact.

Within the Snake River Plain, the Snake River has eroded a canyon down into layers of ledge-forming volcanic rocks and slope-forming sediment. The farmlands of the canyon bottom are on fertile sediment deposited by
the river, and they receive water from rivers, springs, and wells drilled to extract groundwater. 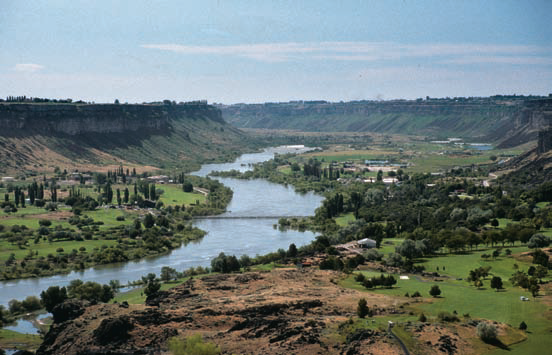 The Snake River Plain, shown in this large satellite-based image, is a curved swath of low land that cuts through the mountains of southern Idaho. It contains a mixture of dry, sage- covered plains, water-filled reservoirs, green agricultural fields, and recent lava flows of dark-colored basalt, a volcanic rock. Most of Idaho’s population lives on the Snake River Plain near the rivers and reservoirs.

The Big Lost River, Little Lost River, and adjacent streams that enter the plain from the north never reach the Snake River. Instead, the water from the rivers seeps into the ground between the grains in the sediment and through narrow fractures in the volcanic rocks. For this reason the rivers are called “lost.”

Where does water that seeps into the subsurface go? 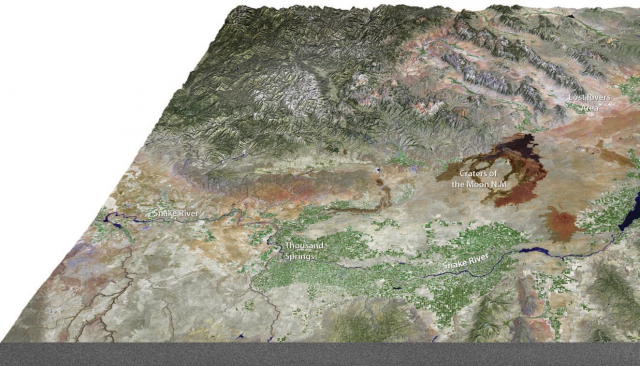 At Thousand Springs, large springs gush from the steep volcanic walls of the Snake River Canyon. The canyon includes 15 of the 65 largest springs in the U.S., including those at Thousand Springs. The largest commercial trout farms in the U.S. use ponds fed by these springs.

What causes water from beneath the ground to flow to the surface as a spring, and where does the water in a spring come from? 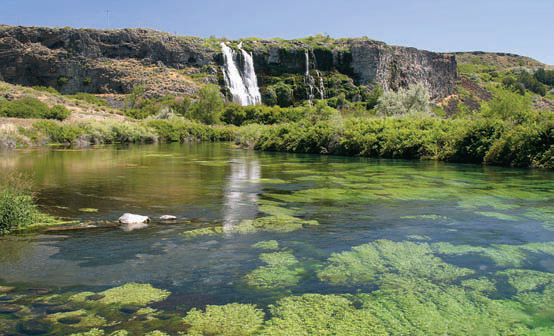 The Snake River winds through mountains and then flows southwest and west across the Snake River Plain. Where does this river, flowing across such a dry plain, receive its
water? 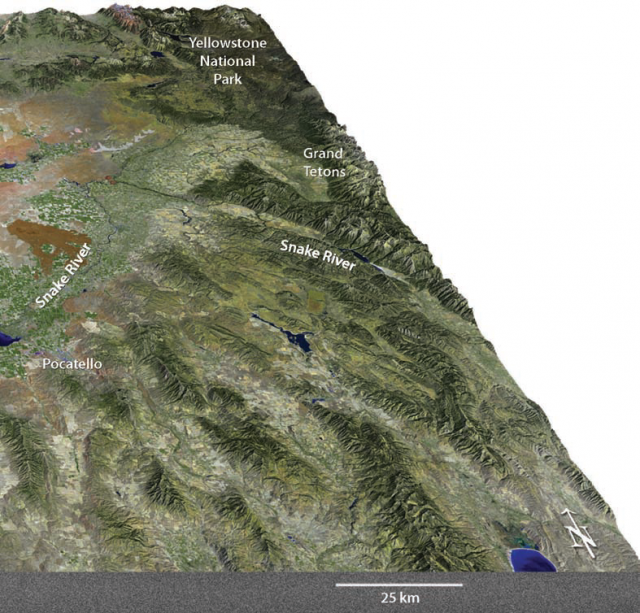 The river begins its journey in Jackson Hole, Wyoming, from streams that drain the Grand Tetons and nearby Gros Ventre mountain range. The relatively higher rainfall and snowmelt in these highlands sustain the river as it flows westward across the dry plains. Farther downstream, rivers and streams entering the plain from the east and south flow directly into the Snake River, increasing its flow.

Where does the water in rivers come from, and do most rivers gain or lose water from groundwater? 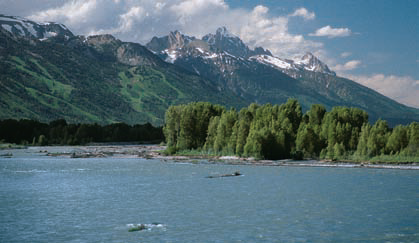 Many lakes and farms are situated next to the Snake River. Farmers irrigate millions of acres of agriculture with surface water derived from reservoirs, lakes, streams, and groundwater pumped to the surface. Chemicals used by some farms cause contamination of groundwater and surface water. What happens if groundwater is pumped from the subsurface faster than it is replaced by precipitation and other sources? What do we do if water supplies are contaminated?

Groundwater beneath the Snake River Plain is an essential resource for the region, providing most of the drinking water for cities and irrigation water for farms and ranches away from the actual river. Hydrologists and other scientists study where this water comes from, how it moves through the subsurface, and potential limits on using this resource.

The surface of the Snake River Plain slopes from northeast to southwest. The flow of groundwater follows this same pattern, flowing southwest and west through sediment and rocks in the subsurface. Groundwater derived from the disappearing rivers flows southwest, along the north side and center of the basin. The groundwater does not flow like an underground river but as water between the sediment grains and within fractures in the rocks. Where the Snake River Canyon intersects the flow of groundwater, water reemerges on the surface, pouring out at Thousand Springs. This region illustrates a main theme of this chapter — surface water and groundwater are a related, interconnected, and valuable resource.