TEMPERATE MID-LATITUDE CLIMATES, designated as Group C of the Koppen system, experience moderate temperatures and precipitation and so are sites of particularly intense human activity. Some temperate climates are relatively warm, because they occur mostly in subtropical latitudes. These include Humid Subtropical, Mediterranean, and Temperate Monsoon climates.

What Is the Spatial Distribution of the Various Temperate Mid-Latitude Climates?

The globes below depict distributions of six temperate mid-latitude climate types. These include Humid Subtropical climate (Cfa), two Mediterranean climates characterized by dry summers (Csa and Csb), and three other climates whose precipitation is predominantly in summer due to continental monsoon effects, which receive the “w” or “winter dry” designation (Cwa, Cwb, and Cwc).

Humid Subtropical climates (Cfa) are wet year-round and have hot summers with relatively short and intermittent cold seasons. They generally occur on the east coasts of continents and adjacent oceans — southeastern South America (shown here), southeastern U.S., eastern Asia (including much of Japan and part of China), and eastern Australia. Since Cfa climates are defined as having hot, rather than warm, summers, their marine extent is somewhat limited. 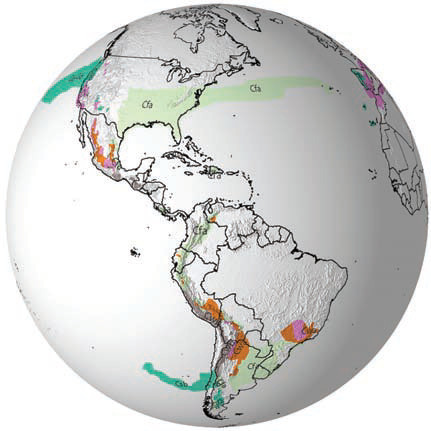 Mediterranean climates experience wet winters but dry and hot (Csa), or dry and warm (Csb), summers. These are pleasant climates for vacationers or retirees. In addition to partly encircling the Mediterranean Sea, they generally occur near the west coasts of continents and in adjacent oceans, including along the Pacific coast of the U.S., southwestern South America, southern Eurasia, and the southwestern tips of Africa and Australia. Coastal California is famous for its moderate, Mediterranean climate. 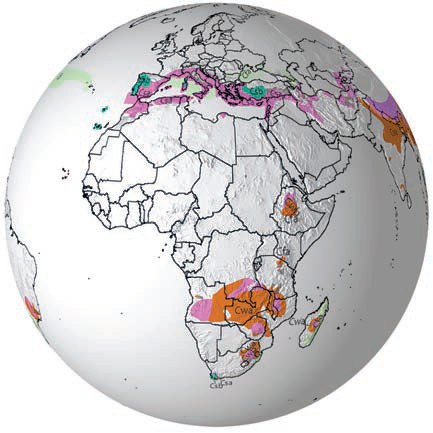 Three other climate types experience large variations in precipitation between seasons, generally associated with shifts in wind direction — a monsoon. Places with Temperate Monsoon climates receive most of their rainfall in the summer but are dry in the winter, and they can have hot (Cwa), warm (Cwb), or very rarely, mild (Cwc) summers. They are best known from India to Southeast Asia, but they also occur in southern South America, southern Africa, and in northeastern Australia. 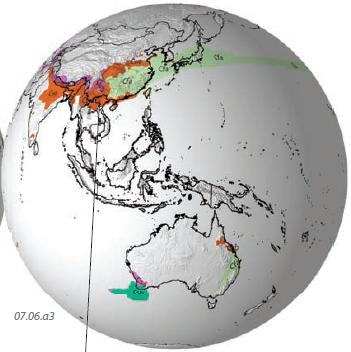 What Affects Temperatures in Temperate Climates?

1. When we think of a Mediterranean climate, we envision a place like Crete, with warm summers, fair-weather cumulus clouds, and maybe a nearby ocean or sea. The pleasant temperatures are due largely to a location in or near the subtropics, where abundant insolation warms the land and water, which in turn warms the air. 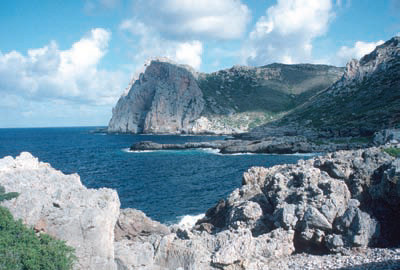 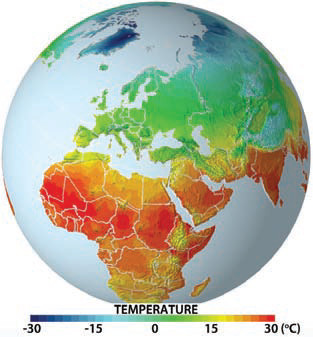 What Affects Precipitation in Temperate Climates?

Temperate climates, especially those in or near the subtropics, are affected greatly by subtropical highs, like the Bermuda-Azores High in the north Atlantic and the South Atlantic High. When these high-pressure areas are strong and nearby, they suppress the formation of clouds and precipitation. Precipitation can occur more easily when the highs are farther away and/or are weaker. 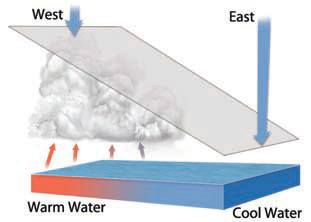 2. The “tilting” of the subtropical highs is caused primarily by the difference in ocean currents on each side of the ocean. Cold currents on the eastern sides of ocean basins stabilize the atmosphere and allow sinking of air to the surface. Warm currents on the western margins destabilize the atmosphere by adding energy to the surface, thereby encouraging rising atmospheric motion. Similar processes occur in both the Northern and Southern hemispheres, because in both settings cold currents are on the east side of the ocean and warm currents are on the west side.

3. Hadley cells migrate and change width seasonally, following the position of maximum insolation northward during northern summer and south in southern summer. Since the subtropical highs represent the descending limb of the Hadley cell, they shift and change in intensity and size too, as shown here.

4. In both hemispheres, the subtropical highs expand and make their closest approach to regions of temperate climates during the summer (June in the Northern Hemisphere and December in the Southern Hemisphere). The strong sinking action on the eastern side of a high, when it makes its closest approach in summer, stifles rain on the west coasts of the continents. Mediterranean climates are characterized by this lack of rain in the summer. 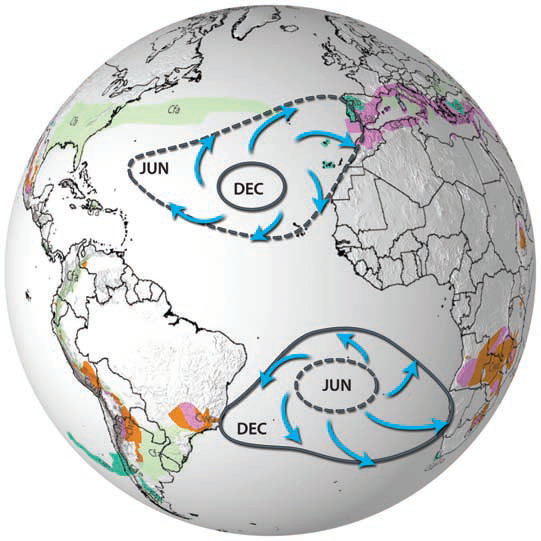 5. Because sinking associated with a subtropical high does not extend to the surface on its western sides, the east side of continents are places with Humid Subtropical (Cfa) climates. Here, clouds can grow vertically and summer rain falls in places like southeastern South America or the southeastern U.S. On this figure, note that Mediterranean climates (in pink and dark green) are more common on the west coasts of continents, but Humid Subtropical climates (shown in light green) are more common along the east coasts of continents — a direct response to the asymmetry of the subtropical highs.

6. With the change in seasons, the Hadley cells migrate toward the opposite hemisphere (e.g., into the Southern Hemisphere during December, the northern winter). The subtropical high in the hemisphere experiencing winter also shifts toward the equator and becomes smaller and less intense, so it no longer blocks migrating weather systems or the southern advance of polar air masses. As a result, frontal precipitation from mid-latitude cyclones spreads across regions of temperate climate during the winter.

7. Thus, a Mediterranean climate owes its characteristic dry and warm or hot summer, but cooler, wet winter, to its subtropical latitude and to the interactions between migrating subtropical highs and ocean currents — a lot of things need to happen for a nice day on a California beach.